These two couples seemed to have a lot in common from the very beginning. Both are from Cyprus and both started the surrogacy program at the same time. The embryos transfers for their surrogate mothers happened almost the same day ☺

And both surrogate mothers are pregnant with one fetus each! First genetic screenings passed successfully as well and both fetuses develop normally without any complications.

Our congratulations today go to G.E. and S.S. as well as A.A. and G.A. with pregnancies of their surrogate mothers!

P.S. Would be really interesting to learn whether both children will be same gender ;))))

Twin baby boys born to a couple from Spain!

How cute are those newborn when you see them after the medical examination, already dressed up by their excited parents! Yeah, babies also need to be stylish, their style comes from the absolute peace they radiate. You smile when you see these newborns, right? It’s because you’ve already fallen under their spell ;)

Our congratulations to G.A.P and M.C.C., a persistent and very nice couple from Valencia, Spain. They are now parents and the whole world for them is now concentrated in those two little boys.

Successful Parents Agency Team wishes you happiness, healthy and joyful future and many many smiles ever after!

Pregnancy confirmed for the couple from Spain!

Another round of congratulations goes to Spanish couple. Their surrogate mother has just passed the first genetic screening and the pregnancy is confirmed as developing without any complications. We send our best regards to M.L.B.A. and E.G.M., you have been patient and cooperating, we appreciate your trust and we are happy just like you that this pregnancy is going so smooth.

Waiting to see you here in Kiev pretty soon ;)

Twin girls born to a couple from Cyprus!

N.C. and G.C. are now happy parents of two baby girls, born just several days ago. Their surrogate mother gave birth a little bit earlier than doctors expected, but twins are totally fine and healthy and will only need their mother’s loving embrace and their bottles of milk regularly.

It was their third surrogacy attempt and it finally worked for you, in spite of all the obstacles. We will not describe here the long and difficult journey that N.C. and G.C. had to pass before they turned their minds to surrogacy program. We will respect their privacy and will only mention that they are very strong, brave couple, and they are admirable people who will always be in our hearts.

Our whole team salutes you now, we wish you many happy years of joy, to your whole family. May God protect you and show you brighter paths. Your babies are precious and cute, may all the blessings come true for them!

All the best, Yuliya, Marina, Olga and all the SPA team!

Twins born to a couple from Spain!

Our congratulations to N.M.C. and F.J.C.D. on the occasion of the birth of twins, their surrogate mother delivered just a week ago. Babies were born small, but healthy. Several days in the hospital and they are already discharged, now preparing for the baby registration at the Spanish embassy.

Look at these wonderful little babies, they were born just a week ago, but already seem to be so comfortable adapting to this whole new world around them. Obviously, they are together, it’s cute how twins feel towards one another ☺

All the best from SPA Team!

Pregnancy confirmed for the couple from Cyprus

This is a rare case when we are announcing pregnancy when the surrogate mother is almost in the middle of the pregnancy term. It was not an easy journey for Cypriot couple G.S. and E.A. from the very beginning, as due to unknown reasons first two surrogacy attempts results in an early miscarriage. The couple was devastated, but decided to proceed and the third attempt resulted in a confirmed stable pregnancy. It is hard to described the joy and relief they felt when we delivered this happy news to them.

Still, taking into account the two miscarriages from previous pregnancies, it was early to celebrate before the 1st screening was performed. We all were awaiting the results of the screening, wary in our hearts.

The first genetic screening on week 12 showed the risk of Down syndrome and it was another testing period of the couple. It was recommended to carry out the amniocentesis procedure to wave danger and make sure that everything is OK.

Amniocentesis (amniotic fluid test) is an invasive procedure aimed to diagnose chromosomal abnormalities and infections in fetus. There is a high risk that a miscarriage can occur after the procedure, so usually pregnant woman needs special medical treatment and medical supervision after this test is performed. So it is easy to imagine how scared were G.S. and E.A. They feared to learn that their baby could have anomalies, on the one hand, and that surrogate mother could miscarry after the amniocentesis, on the other hand. What we admire in the couple is that they tried to stay calm and focused and trusted completely the decisions of the Ukrainian doctors, transmitted by our Agency.

Fortunately, the amniocentesis was done successfully and without any bad consequences, the results of the test showed that the fetus is perfectly healthy and there are no reasons to worry. The second genetic screening on week 17-18 showed no further dangers, the baby boy is growing and impatiently waiting to see his parents when the time comes.

Our congratulations to this brave couple from Cyprus, we are proud of you and will continue doing our best for your surrogate mother. We look forward to seeing you in Ukraine soon!

Boy and girl are born to the couple from Spain

Today our congratulations go to the patient and lovely couple N.B.L. y F.L.L. from Sevilla, Spain. Their surrogate mother just several days ago gave birth to wonderful twins, a boy and a girl. ☺

The pregnancy was developing smoothly until a certain moment when a threat of premature birth was diagnosed during one of the ultrasounds. The surrogate mother was recommended a special treatment – pessary ring – to prevent premature delivery. Luckily, all went well and the pessary ring helped her carry the babies until week thirty seven.

According to the doctor’s suggestion, we asked the couple to come to Ukraine as soon as there appeared first signs of delivery. Still, the doctors were not in a hurry as everyone wanted the babies to gain more weight. So parents had to wait a little before a Cesarean section finally happened. It was worth waiting. In due time the operation was performed and babies were born healthy and hungry :)))

N.B.L. stayed with the babies immediately after doctors performed all necessary examinations and announced that babies are good to go with the happy mother. Three days after they were discharged from the hospital and now are waiting for all documents for the embassy to be gathered to proceed with baby registration in the embassy of Spain in Ukraine.

Another successful couple means another reason for celebration for Successful Parents Agency. Each time we watch the miracle happen and we feel we are part of it.

Our most heartfelt congratulations to N.B.L. y F.L.L., you made the right choice and you won this battle ;) 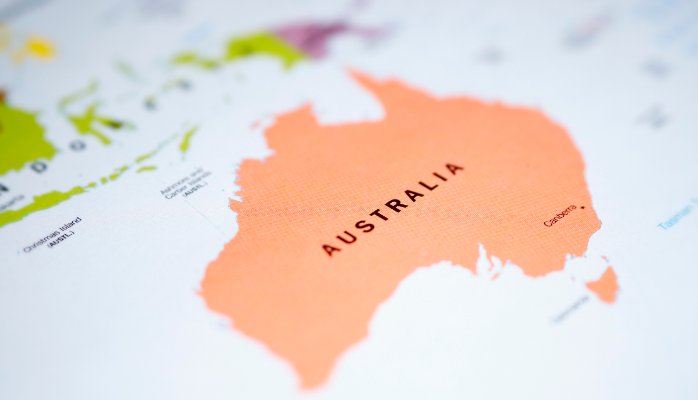 In March 2015 the first Australian diplomatic mission opened in Ukraine, headed by Douglas Trappett, Australian Ambassador to Ukraine. It is a really great news for all the Australian couples who choose Ukraine as their surrogacy destination. Previously all citizenship by descent / permanent visa applications for children born through surrogacy in Ukraine to Australian parents had to be processed through the Australian embassy in Russia, which was not convenient and took a lot of efforts.

The Australian embassy website gives clear and very detailed explanations as for the requirements presented by the Australian law to couples seeking surrogacy overseas.

In particular, intended parents need to know that in international surrogacy cases where the intended parent is a biological parent, and is also an Australian citizen, permanent resident or eligible New Zealand citizen, a Child (subclass 101) visa is the relevant visa for the child. Eligibility requirements for this visa are available on the Department's website. In most cases a DNA test will be requested as evidence of a biological link between the child and the sponsoring parent (usually father-baby biological link is required as evidence). More information on the embassy website, section dedicated to the international surrogacy arrangements: http://bit.ly/1iufRo3

As the Agency operating in sphere of surrogacy for more than ten years, we are happy that many Australian couples who we now work with, will have smoother path to take their babies home.

Baby girl born to the couple from Cyprus!

Please meet this cute little princess who filled her parents with joy and happiness from the first minute they saw her. This was a miracle for A.D. and P.K. from Cyprus, they’ve waited so long to be able to hold her in their arms.

Our congratulations and warmest regards to you guys!

Sweet twins are born to the couple from Spain!

It was a long run for this couple, since many failed attempts in India, disappointments and struggles to understand why is it all going so wrong for them. Their journey to happiness is marked with years of fighting, tears and a lot of sufferings.

But the most remarkable in I.L.C. and M.J.N.G. from A Coruña, Spain is that undefeatable spirit of theirs, refusal to concede to misfortune and strong determination to win this battle.

The efforts they invested in all of their attempts is tremendous. They joined us in 2013 after India was closed for Spanish couples. We were surprised to see how diligent they are in preparation of all documents, medical tests and screenings. They were patient and lovely to talk to. Looking at them we always knew they will succeed in the end, because their absolute positive attitude was stunning. In some moment M.J.N.G. showed despair, she was devastated by their last failure and was almost ready to give up. But I.L.G., we would say the most supporting and focused husband in the world helped her overcome herself and try again.

When we learned the HCG pregnancy test result for them was finally positive, we were both happy and cautious. One would become cautious after so long story of trying. So we were very conservative in our greetings to them and advised to wait until the first trimester passes. They themselves could not believe it is happening until they finally hugged their tiny twins, with all tender and love they have been accumulating for all these years.

We are very happy for them and we wish them always keep this amazing spirit of fighting. Let this fight be the most difficult you experienced in your life, so that from now on you can fully enjoy the happiness that you won with your own hard work.

Olga, Yuliya and all the Successful Parents Agency Team!